Let’s have a break from the usual tech talk.

Imagine a tiny row boat at the mercy of the Atlantic Ocean, mountainous waves, never ending fatigue in a cycle of gruelling, back breaking rowing and fitful sleep in the constant movement of the ocean. Nothing around you as far as the eye can see – a fluid desert. The incessant lapping of solicitous waves against the side of your boat, a well built, though small structure that hardly seems a match for the task set upon it.

For four British women it will soon to become a reality. This December the team Atlantic Endeavour will be competing in the Talisker Whiskey Atlantic Challenge, a demanding rowing race which begins in the Canary Islands and finishes some 3,000 nautical miles away in Antigua, this puts them in the running for two World Records: the fastest four women crew and the fastest all women crew to cross the Atlantic. They are also supporting two charities: Mind – which supports people suffering from mental illness and Women for Women International – which supports disadvantaged women in post conflict countries.

Atlantic Endeavour’s intrepid team members (pictured above) are Sarah Hornby (30), Charlotte Best (30), Becky Charlton (28) and Kate Hallam (32). They have been friends for a number of years and share a passion for adventure. By coincidence, Becky, Sarah and Kate had each applied to join Coxless Crew, (a team of four women rowers who crossed the Pacific earlier this year in support of injured servicewomen and breast cancer survivors) without the knowledge of the others. Once they realised that they had a common goal they decided to form an ocean rowing team of their own in order to compete in the Talisker Whiskey Atlantic Challenge, later Charlotte was recruited to join them.

You might think them unique in their desire to row an ocean but there are about 30 teams participating in the challenge.  Once the teams leave the safety of the harbour in La Gomera they are completely on their own and must rely on their storage of food and supplies on their small row boats for the duration of the journey, which can take anywhere from 1 to 4 months.

In preparation for the voyage, Atlantic Endeavour practice on rowing machines and work out regularly individually and as a team, in order to be ready for the exhausting 2 hours on, 2 hours off around the clock rowing until they reach their destination in Antigua. They are also taking various courses, including First Aid, a Sea Survival Course and an Ocean Rowing Course which will include lessons on celestial navigation.

Their fibreglass constructed boat, which is a feat of engineering in itself, measures 7 by 2 meters, and weighs 940kg when loaded; it is designed to self-right in the event it should capsize. The cabin is just large enough for two to lie down side by side to rest and for all four members to curl up inside during storms. The boat though small, offers a few simple creature comforts and amenities which will make life on the ocean bearable. It will be equipped with solar panels, a tracking system, a built-in GPS with a chart plotter, a hand-held GPS, a built-in stereo system with waterproof speakers, bilge pump, satellite phone with aerial, mounted diving knives, first aid kit, flares, life jackets with leashes, a life raft and crucially it will come equipped with a watermaker also known as a desalinator which ‘filters’ sea water converting it to fresh water.

Their food will be a variety of wet and dry rations. There will be a jet boil which will allow them to heat their water before adding it to dry food, as well as for coffee and tea.

This journey is not for the faint of heart, it is a battlefield for the senses and for the soul; it will bring these stalwart women to breaking point in mind, body and spirit. Sleep deprivation, hunger and fatigue won’t be their only challenge – the punishing heat of the sun, the demanding, continuous work of rowing and the ocean itself will be against them. Mountainous waves of up to 50 ft in height will be crashing about them and send them careening in any direction – towards their goal or away.  Progress will be frustratingly slow and months may pass before they are in sight of land again. Also, things could go wrong – equipment could break, and they could run out food or be thrown off course. But these threats and dangers will not deter Atlantic Endeavour from their aim – to cross the Atlantic. 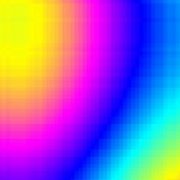 How Managed IT Services is a Game Changer for Your Business