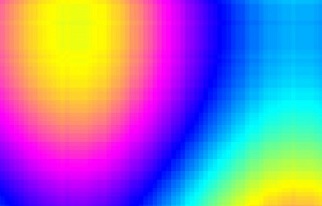 Take a geeky gander through Internet Archive’s Malware Museum, its a surreal reminder of technology 25+ years ago with the pixelated graphics and black backgrounds.  It shows the evolution of PC viruses in an online gallery from the first in 1986, Brain.A, to 77 of its cousins. It is a fascinating look into the beginnings of computer viruses as mostly innocuous, though annoying, little programs; when they were made for show rather than identity theft and monetary gain. My personal favourite is the hypnotic LSD.COM –  screen shot shown above.

The samples included show only the activation code and what it would display on your screen if the virus had been live, the replication and destructive features have been removed and are simply a window into the past.

The creator of collection, Mikko Hypponen, is the chief research officer at F-Secure, an internet security firm based in Finland. Included is a video by Mr Hypponen in which he explains the fascinating history and evolution of malware and it’s effects in online security, certainly worth a watch.

An Announcement!
Scroll to top