Virtualisation – It’s Not a Hamburger Inside of a Doughnut

Virtualisation – It’s Not a Hamburger Inside of a Doughnut 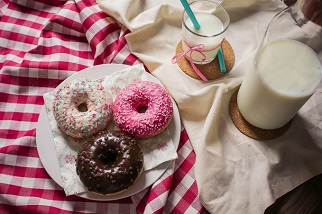 My first experience with virtualisation was when I saw my co-worker’s Mac running Windows. He explained it was a virtual machine. I said ‘Oh! Like a doughnut pretending to be a hamburger.’ (Imagine that for a sec, a hamburger with a Krispy Kreme bun…) ‘No.’ he said. After some lengthy explanation I finally understood what he meant.

Virtualisation in layman’s terms is the efficient utilisation of the available hardware such as memory, disc space and processing power available from your PC or servers, which consolidates physical servers and saves power, cooling and space. All companies have technical needs, for example, Active Directory, file servers, firewalls, DDoS mitigation, load balancers, WAP controllers and the other business applications; these can all be run from a single device – depending on the needs of your business. This is possible because most machines are running far below their capacity and the unused memory and processing power can be put to good use by sharing it through virtualisation.

So, instead of a doughnut pretending to be a hamburger, virtualisation is more like a giant doughnut, much too big for one person to eat so its divided into smaller (but not too small) doughnuts so everyone gets some. Thus, sharing available resources so that you don’t need to buy everyone their very own.

*For SME and start-ups virtualisation may not be a cost effective solution, this is where Virtualised Hosting comes in: instead of purchasing all the hardware needed for a fully resilient environment and the storage and upkeep of it, all of your needs could be met through a managed hosting company for a reasonable monthly rental fee.